The thermal ruins that can be found just inside the Porta a Lucca City Gates in Pisa Italy, were built in the 1st century by the Ancient Romans. 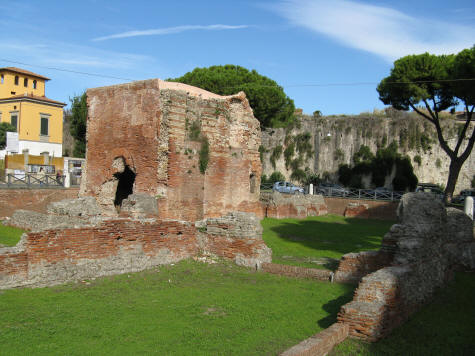 These baths were fed by water from the nearby Auser River and also by the Roman aquaduct of Caldaccoli.